A minute selection of images

Small holm oak in Ostuni. They grow much bigger than this. 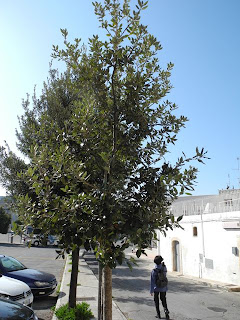 Cathedral and campanile in Trani,  right on the sea front, and thus has had to be protected from the ravages of the weather.  It is most beautiful and has elephants on the facciata. 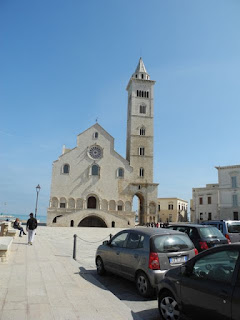 This octagonal piece is Castel del Monte. Frederick II had this built, but died before it was completed. No one knows what it was for, and it has never been occupied. It just sits on top of this small mountain, visible for miles around, and it remains a most impressive puzzle. 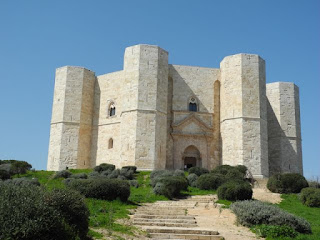 Anonymous coastline between Point A and Point B, very steep and mountainous, and the sea really was this colour. It was incredibly beautiful. 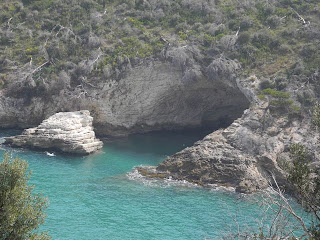 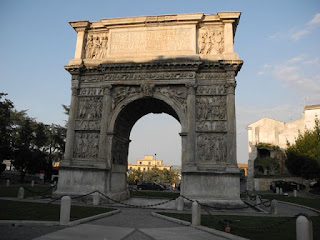 Creature at Roman theatre in Benevento

Benevento is quite a nice town but the amount of rubbish lying around was dreadful. In the morning people were out sweeping and washing their footpaths and windows, and the garbage removers were out in force, but all the same we in the group were rather appalled by the rubbish. 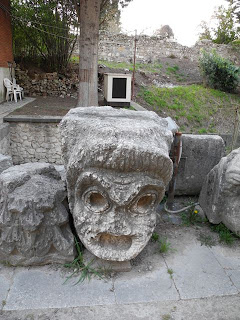 Eucalyptus tree in alien landscape. It could have been near a restored portion of the Appian  Way, or else near other ruins. (We saw a lot of ruins.) One of the group is doing an essay on the Appian Way and we saw a lot of it.  The final part of it, very close to Rome and the aqueduct, we walked along, but then access back to the bus was blocked by a woman who said it was privately owned - we think what she really meant is that she had just confiscated that piece of land - Our guide argued very strongly but to no avail, so we retraced our steps until out of sight, and then clambered over a fence and made our licit or illicit way across. 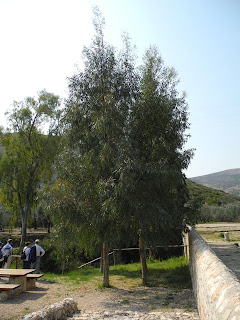 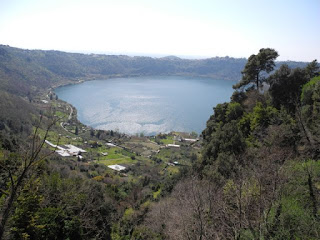 Sounds like a terrific trip, Persiflage. What an experience.

I have just booked a holiday that included a day in Genoa. I am so excited, though I wish we were spending more time at each spot.

It all looks lovely. Great photos.